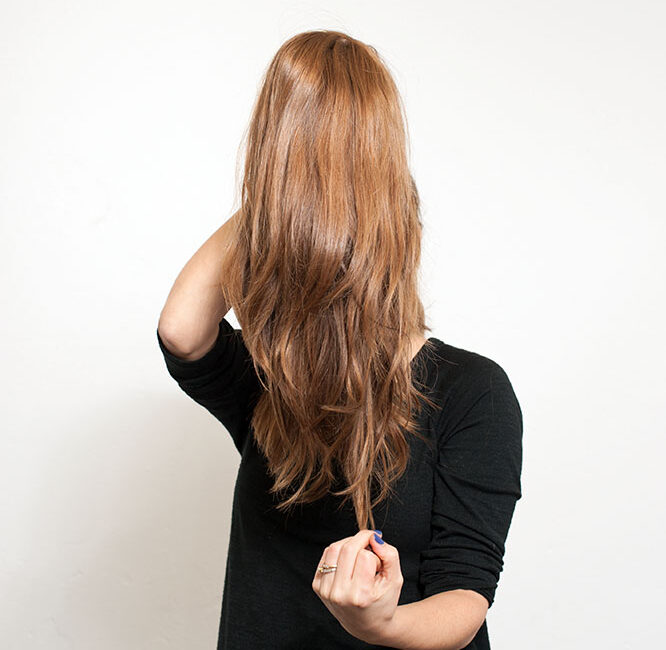 On my very first day in my Pop Up photo studio at Kunsthaus KuLe (Dec 14, 2016) in Mitte, Shevy and her friend Paula walked in. I told them about my project and Shevy was immediately interested in a photoshoot. When I asked her to tell me a little about herself, she told me that she lives in New York and that she wears a wig because she is Orthodox Jewish. If you are married you are not allowed to show your hair to other men, so she wears a Sheitel (Yiddish term for wig).

We had an interesting conversation about what that does to your identity. I asked her if she wanted to be photographed playing with her wig. She agreed, but only if she was unrecognizable and her real hair was not showing. We closed the curtains and locked the door of the studio to have more privacy.
In a strange way, it felt very intimate that I had the privilege of photographing her in this way.

When I sent her the photo later, she responded with a poem:

asking myself,  “Am I only unique,

So I cover my face

With a wig that hides my hair

it defines my identity

To the outside world

If they take no time to know me.