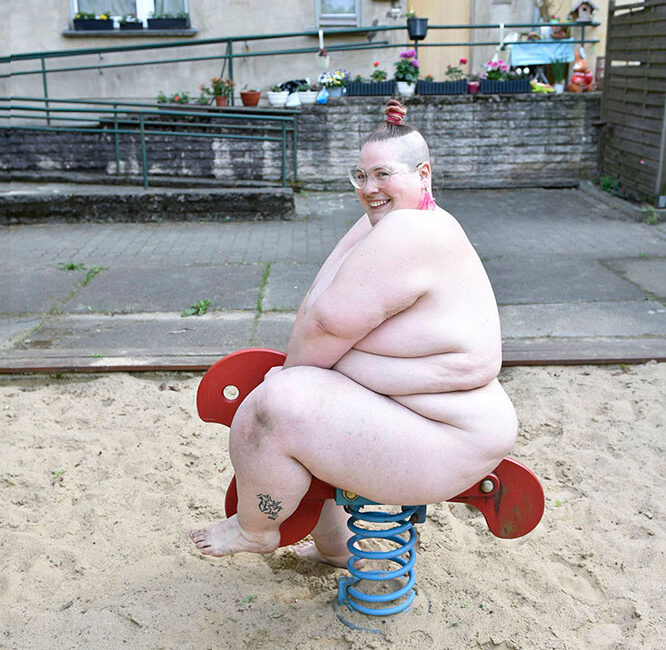 ‘Playing in my backyard’ is a photo series I did with Lisa about body positivity and radical self love in a fat phobic world.

‘When I tell my friends of this nude-photoshooting with Marga in my backyard they get big eyes and call me brave and crazy. And don’t get me wrong, I like to be labeled this way.

But the thing is, I would not need to be brave to show my body in public if everyone would react like my cool neighbours did. They were so supportive when I asked if they were okay with us doing a nude photo session. During the shoot they were just minding their own business while also chilling in the garden with the kids.

And that’s the point. Body-shaming mostly evolves because of other people telling you to feel ashamed. And damn it, I was told so often “Cover your arms, nobody wants to see this. Draw in your stomach, you are taking up too much space. Better do not dance, you look like jelly. Disgusting. Ridiculous. Monstrous.”

For over 30 years, I was raised in a fat-phobic system and was trapped in a very bad eating disorder. I forced my body to lose over 60 kg, but it went up and down and so on. Phases of eating nothing faded into binging and crash diets, till I even collapsed in a club after eating only yoghurt for days. And even then, I hated my body for being too weak.

Until I asked myself: How am I supposed to take care of myself if I don’t even like my own body? I really wanted to heal. I wanted to overcome my unhealthy relationship with food and I decided to radically accept all of me. I stepped in front of my big mirror and looked at my naked body. I cried and felt ashamed, but I continued for how long it took to finally just see… a body. A body that brings me from A to B, a body that is able to create, that can swim and cycle and dance. By seeing the possibilities my body gave me, I became thankful and then felt grace and luck to have a body at all that gives me the possibility to live.

After my very first nude photo session with Marga, my brain exploded from endorphins and I wanted more. I was discovering my body as my home and accepting my disadvantage as my bonus. Since then, I like to show my sweet chunky spaceship and take the opportunity to present it in shootings, videos and as a nude-model for drawing classes. My eating disorder has become less worse but it’s a long bumpy road out of 30 years of hate. But I love to inspire people with my work and that inspires me too, not to give up and keep it going. And the best part is: No one can shame me anymore!’ 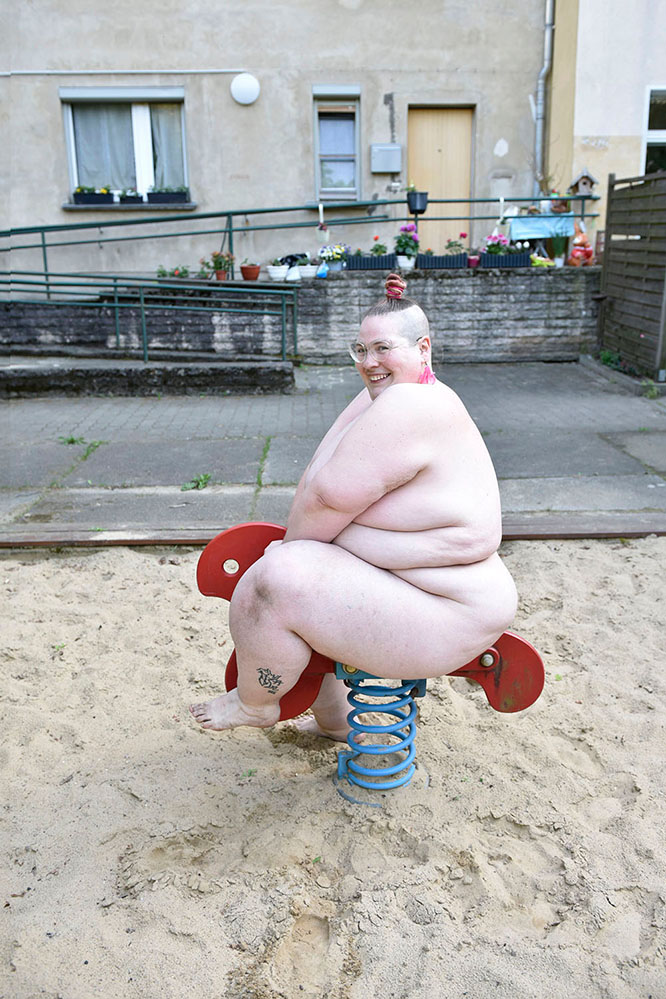 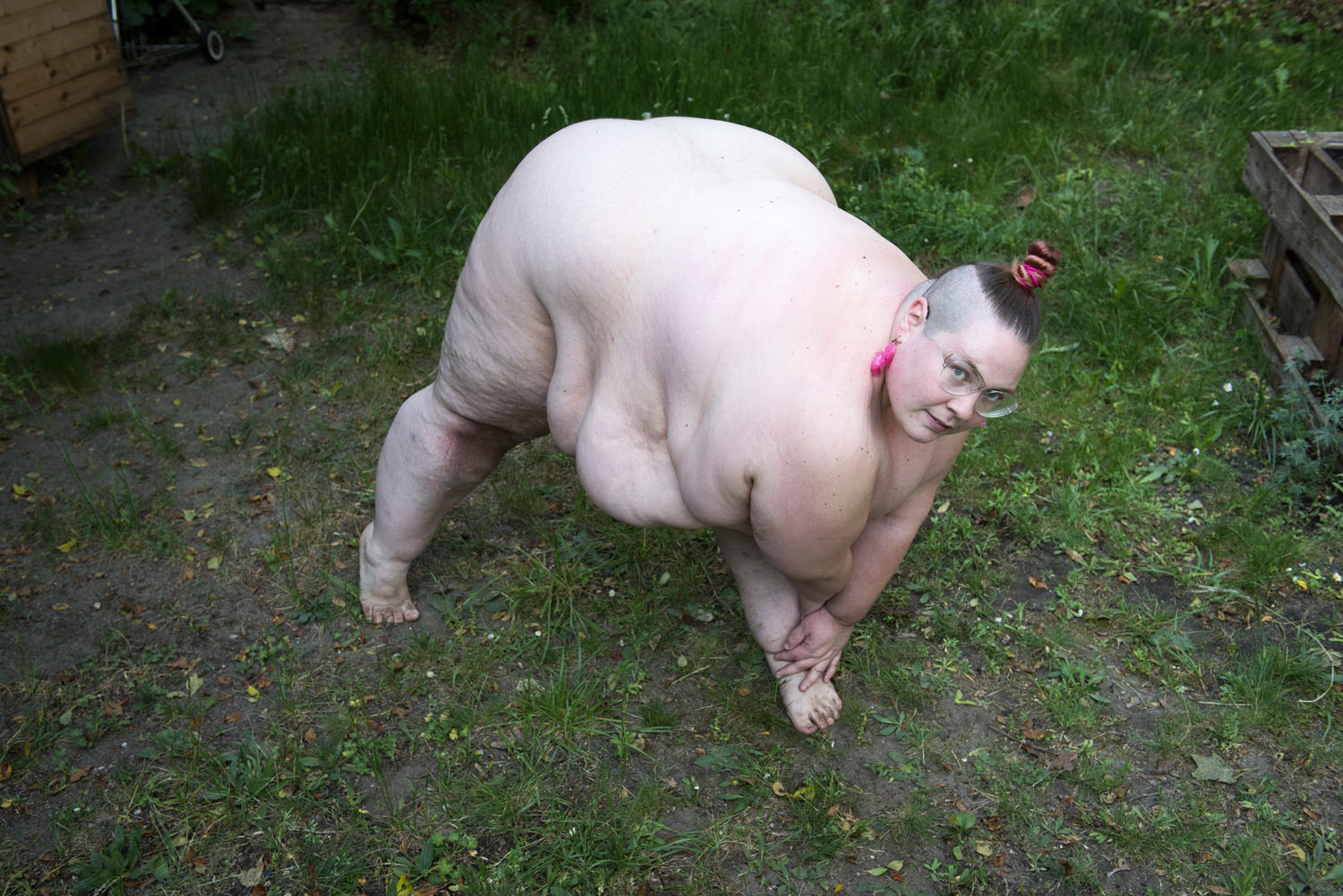 Playing in my backyard